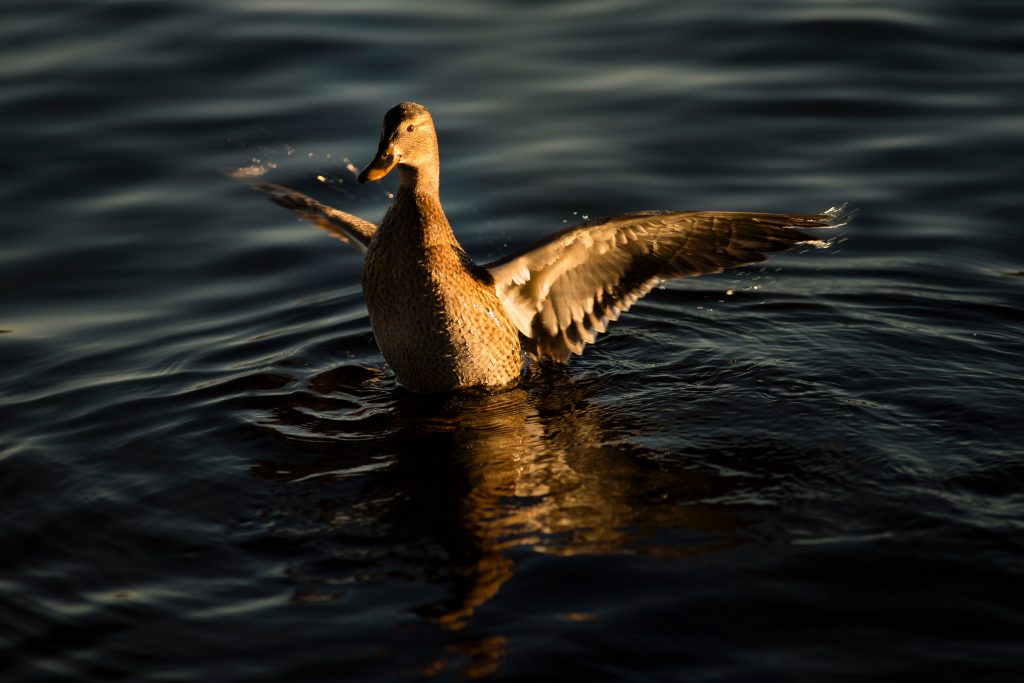 Recent event: I was heading home from a vegan restaurant. The fact that it’s vegan isn’t relevant, except it is. Because on the way back, there was a duck trying to cross the road.

Now, this was a busy, two-lane road at night-time. It was almost invisible against the dark surface. And there it was, in the middle of the other lane from me.

I jumped out at the next set opportunity and ran back. There wasn’t one duck – there was a gang of them. And they were all trying to cross.

I watched as they strode out in groups of about three or five. Large, burly birds led tiny ducks across both lanes. At least they’d stop and wait for gaps in the traffic – they weren’t dumb, after all.

But cars move faster than they’re used to, and there were a few near misses.

When a truck barrelled down the other lane, narrowly missing the stealthy birds, I’d rarely felt so powerless.

I arrived with a gap in the traffic. The ducks were sizing up the situation. The next group were about to cross, leaving a small gang behind.

But I could see what they couldn’t. This was the best gap they were going to get all night.

And it wasn’t going to last.

So I charged them. I spooked the whole flock into crossing the road. They moved faster than any other group, and they moved as one.

Once they were all safe on the grass, I took a deep breath.

Did I save the ducks? I don’t know. Three-quarters of them had made it across without becoming pâté, so maybe they didn’t need my help.

But I’ve had a few thoughts since then.

The first is they did not understand the danger.

Sure, they were good at spotting gaps in the traffic. They weren’t so good at figuring out when the gaps would end. Cars came down that road faster than they could see. They had skills, sure, but they also got lucky.

They ran from me. I’m glad they did – my plan relied on it – but they were more scared of the guy helping them then the 120,000 kg*km/hr heading their way. Fear compelled them to move towards safety.

Also, can’t ducks fly? Walking across a dangerous road is a suboptimal strategy when you have wings.

But none of these are metaphors for life, of course.

Well… maybe one or two of them…

If you’re not taking action – especially if you fear the results – then you risk being smooshed. So take action and do it the smart way:

Photo by Anders Nord on Unsplash