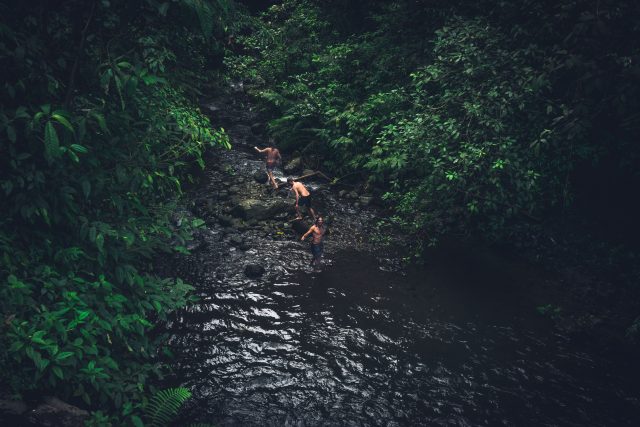 When is being irrational the best strategy?

I was reading an interesting book that touched on this. As hunter-gatherers, our ancestors couldn’t be too predictable. If they always went for deer at the edge of the forest, then deer would learn to avoid them.

A little bit of game theory tells you the best approach is to randomise your hunting strategies. That way, your prey can’t adapt to you.

It’s the same story with warfare – whether modern or ancient. Predictability is a weakness your enemy can and will exploit.

You could apply this to business, too. When you’re trying to outmaneuver your competitors, you can’t follow a playbook. The moment your adversaries get their hands on it is the moment you’re done.

So the best approach, like with the hunters, is to randomise your approaches.

This is not the same as acting randomly. The technique here is to take your best two (or five or ten…) options and choose one in an unpredictable way.

It’s difficult to counter someone who does this, whether you’re a deer or a modern conglomerate.

But there’s one small wrinkle in this plan…

Humans are rubbish at picking things at random.

If a bird lands on the tree to the left, you go to war. If it’s on the right, you plants crops instead.

You might be tempted to call this superstition. And you’re right. But this superstition strategy is faster and more effective than doing the calculations and choosing the optimal plan each time. When perfection is predictable, it’s a losing strategy in the long run.

Of course, rationality has its uses. In fact, it’s handy – maybe even vital – in designing the strategies in the first place.

But don’t think calculation always trumps superstition. These old traditions persist for a reason, and it’s not always clear when they’re obsolete.

There’s another supposed rival to rationality, too.

(Although the smart people use them both in tandem.)

Like superstitions, some intuitions are useful and some are wrong. But it’s not clear which ones tap into unconscious logic, forgotten facts and thousands of variables, versus those that come from outdated patterns of thinking.

It can become clearer, though.

Your instincts will always be a black box to you.

But you can get more information form them about why they think the way they do.

Think of this as ‘trust but verify’, applied to yourself.

It starts by quietening the mind and going deep inside:

Photo by
Marvin Meyer on Unsplash

← “Think outside the box” is the new box
Are there antidepressants in your water supply? →