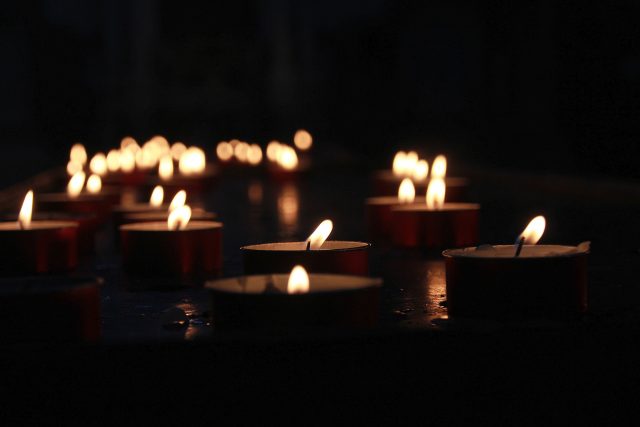 I like a good action movie, especially a good kung fu movie. I like the idea of being dangerous and doing good in the world. Plus with kung fu movies, there’s usually a nice meditation theme woven through the story.

Although I haven’t seen it in years, I still think about Hero every so often. It’s the story of a warrior who earned an audience with the Emperor, because he defeated his enemies.

And the twist ending, spoiler alert, is that the warrior didn’t defeat the assassins. He was working with them, and knew the only way to get close enough was to pretend to vanquish his foes.

It sort of works, because he does gain an audience with the reclusive Emperor.

But his plan is foiled because of the Emperor’s magic candles. As the warrior is telling his story – that is, lying through his teeth – the candles would occasionally flicker.

Since these candles detect murderous intent, they blew the plan wide open.

It’s a funny thing, to always separate yourself from the world, hiding behind a barrier of enchanted wax.

I say it’s funny because your intuition does the same thing for you.

It’s not always perfect, sure, but how often have you met someone and immediately felt a gut reaction to them? Maybe they seemed normal, even friendly, but something seemed off.

Something impossible to define, yet difficult to ignore.

If you managed to suppress that flickering candle in your mind and trust this person, how well did it work out for you?

That’s something worth appreciating – the power of your intuition.

You might think it’s something you’re either born with or not. That’s not the case, because you can train it to be sharper, clearer and stronger.

Most of that is simply learning to trust it.

Well, that requires the most powerful way to engage with your unconscious: self-hypnosis. And you can learn everything you need, from your first induction to a range of advanced exercises, here:

Photo by
Zoran Kokanovic on Unsplash

← Hypnotic regression by going outside
Quit smoking through psychology, not chemistry →