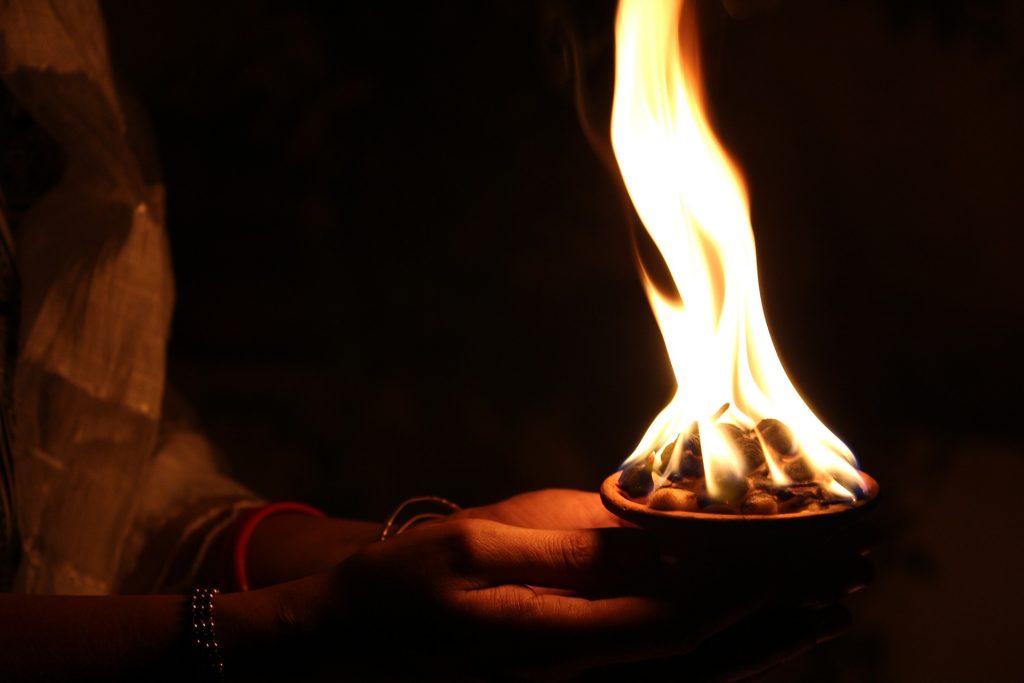 The debate is as old as the song itself. This classic by Madonna is about religion. No, wait, it’s really about sex. Actually, it’s about a hypnotic induction.

Oh, yes. Listen to the verses – really listen to them – and you’ll hear someone describing a hypnotic trance.

The first half of the first verse has three themes:

Madonna emphasises hearing the hypnotist’s voice. She mentions it twice so it must be important.

Clearly, she is in the hands of a skilled hypnotist. A common part of any induction is to emphasise the need to listen. In a trance, your mind can wander. This is good – but you don’t want to wander so much you stop listening to the hypnotist. Hence the suggestion that you will hear the voice, no matter what else is happening.

This is no afterthought. It’s so important that legendary hypnotist Milton Erickson’s called his book My Voice Will Go With You.

Then Madonna describes the hypnotist’s voice as ‘like an angel sighing’. Most hypnotists’ voices change as they work with a subject. Everyone does it differently but the hypnotic voice tends to be slow, calm, deep and breathy. I’ve never heard an angel sigh but I think it’s a great description.

(Want to hear an example? Listen to my free hypnotic guided meditations to see what I mean.)

Then there’s the feeling of flying – a common experience of people in trance.

Madonna then closes her eyes. Self-explanatory. And as soon as she does, the emotional intensity increases. Flying becomes falling (a likely metaphor for going deeper into trance) and she seems overwhelmed for a moment.

Out of context, this sounds like a bad experience. But she doesn’t sing it that way. It sounds like an intense one, yes – similar to falling in love, riding a rollercoaster or enjoying a gripping novel.

Hypnosis is often a relaxing experience. Sometimes, it’s intense – you are exploring your inner mind, after all. In the hands of a skilled hypnotist, it tends to be both at once.

Now we get to the meaningful bits. Madonna is clearly in a hypnotic trance by now and the hypnotist is working with her inner mind.

The first line of this verse – repeated later – is ‘like a child’. This could mean so many things:

Could even be all of the above. Both poetry and the human mind have layers of complexity.

The next line, where she says the hypnotist whispers softly to her, is another great description of the hypnotic voice. (Again, if you want an example, check out my guided meditations.)

Then she says the hypnotist is in control. Of course, the hypnotic subject is always in full control… but great hypnotists make the subjects feel like they’re under powerful influence. This is how hypnotic suggestions work: when someone with ‘power’ over you tells you something, you really listen.

Madonna says she’s dancing. Taken literally, she might be at a stage hypnosis show and is now dancing around the stage. Or maybe she’s a professional dancer and the hypnotist is helping her reach her potential. But it’s probably a metaphor for how good she feels in this deep, pleasant trance.

The trance is ‘like a dream’, as trances tend to be. And the trance has ‘no end and no beginning’. There’s a lot I can unpack from this. In a vivid dream, it sort of feels like you’ve always been there. Time distorts, so minutes can seem like hours and hours like minutes.

It might even be the sense that you have always been in this trance but have never noticed until now. Like the Princess Leia quote: “I know. Somehow, I’ve always known.” It’s hard to describe but some trances feel like they have always existed without you ever noticing.

The line about the hypnotist being with her in the dream state should make a lot of sense by now.

Finally, there’s the invocation to let the choir sing. This line is dripping with spontaneous unconscious activity. What does it mean? Who knows, but it clearly means something. It might be her inner mind telling her to listen more, stop interfering with other people, appreciate beauty or a hundred other things.

When something completely out of context emerges during a trance, nine times out of ten it’s deeply meaningful. Maybe ‘let the choir sing’ becomes Madonna’s mantra – her reminder of what she needs to do to get more of what she wants in life. It doesn’t have to make sense to anyone but her.

Hypnosis is a method of communicating with your unconscious mind. This is the part of your mind that takes raw sensory input and translates it into meaning. When someone smiles at you, you don’t see splashes of light like pixels on a monitor – you see a model of reality crafted by your inner thinking.

One of the benefits of experiencing hypnosis is you learn to process information differently. The mind never processes “reality” “accurately” (whatever those terms mean), because there’s too much information. It takes shortcuts and it filters. What it filters depends on your unconscious thinking… which hypnosis can influence.

In my case, my filters search for expressions of unconscious activity. This means that occasionally I see signs of hypnotic trances where there are none – for example, in lyrics to pop songs.

But, come on – I make a pretty convincing case, don’t I?

And if you’d like to experience trance for yourself – and only pay what you want – you can, now:

Photo by Tanuj_handa on Pixabay.