The Incredible Hulk’s Guide to Happiness 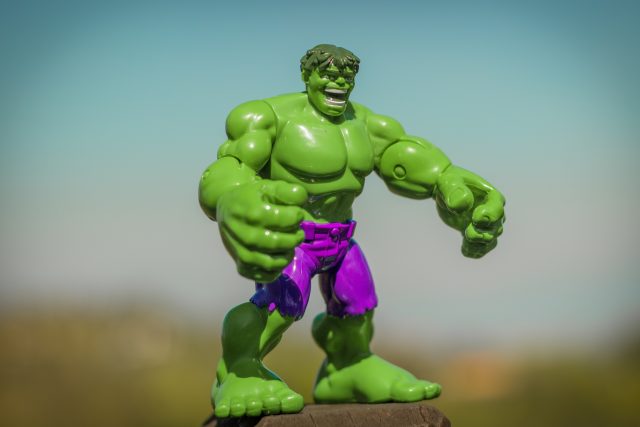 Not gonna lie, you’re reading the words of a keen superhero fan. In fact, I’ve been known to bingewatch children’s cartoons just because they feature the Justice League.

It’s all good fun and, with the right message, quite inspiring.

And horrifying, too. There’s plenty to fear from a character as disturbing as the Incredible Hulk.

See, a few times in Marvel stories (I can think of two examples in Ultimate Marvel comics alone) they try to improve the Hulk. They make a version of him who’s maybe bigger and stronger, but the main advantage is a genius-level IQ.

The Hulk is just a dumb brute. All that power coupled to all that intelligence makes for an unstoppable weapon.

Except they sort of miss the point of the Hulk. Yeah, he’s dumb and powerful.

About as dumb and powerful as a natural disaster.

You don’t need analysis, judgement and rationalisation to be great at what you do. Maybe those things will help. But one mistake the Hulk never makes is thinking too much. He trusts his instincts implicitly.

And so while these genius versions of the Hulk are considering their options, the real deal has already torn them to shreds.

But if you want to ‘upgrade’ him, don’t make him starter – just give him better instincts.

It’s good advice for anyone, really.

How do you get better instincts?

Self-hypnosis is the best, quickest, easiest, most effective and most enjoyable approach out there.

You can learn all the basics here:

P.S. I wrote this article a week or two ago. I still stand by it.

Photo by
Limor Zellermayer on Unsplash