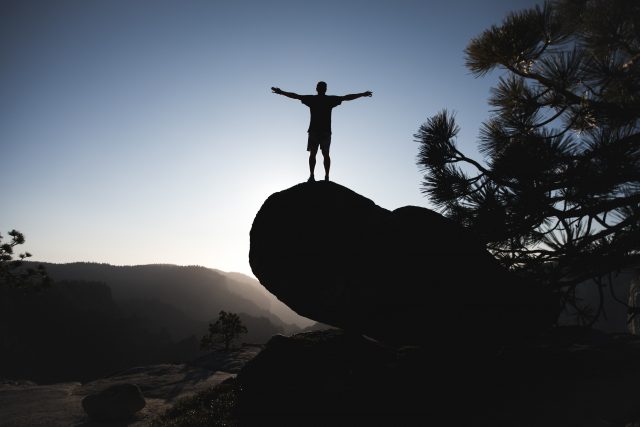 When you spend as much time as I do, looking for things as strange as this, you learn to spot some interesting metaphors.

In today’s instalment: is the YMCA – as in, the Village People song – like a trance?

This isn’t the first time I’ve seen hypnosis in a pop song. It won’t be the last, either. True art comes from the unconscious – the same place trance takes you to – so of course there are going to be a few overlaps between trance and music.

This isn’t going to be as deep as that, though.

Let’s focus as superficially as we can – that dumb dance that goes along with the song.

For the Y, you throw your hands out wide. It’s expansive, like how you open your mind to new possibilities.

Then you immediately bring your hands together for the M. You focus on specific possibilities.

Then comes the C, where you turn your thinking on its side.

Finally, the A – a strong structure, as you solidify your new way of thinking.

Is this a good way of thinking about hypnosis?

My style of induction tends to have the Y and the M around the other way. You first focus on something small, then open your mind up to infinite possibilities.

It can work the other way, sure. And, now I think of it, I have used it more than I’ve realised.

Oh, well. I guess trance inductions are too complex to map to something so simple.

That complexity, by the way, means they’re powerful. It doesn’t mean they’re hard to learn.

At least, they don’t have to be.

Because if you want to learn how to hypnotise yourself, you could flail around like I did, or you could go straight for the fundamentals.

What to do and how to do it, all to easily go into a trance.

It’s all at this link:

Photo by
Grant Ritchie on Unsplash