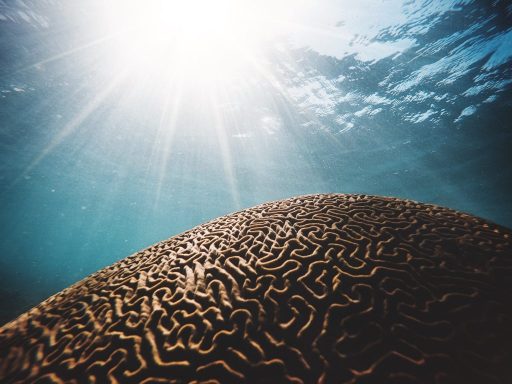 I’m going to do something foolish: I’m going to talk about the left hemisphere of the brain. Why is this risky? Well, if you go out into the world, you’ll find people who describe themselves as left brain dominant or right brain thinkers.

Then you find people who sneer at the first group, saying that the left-brain-right-brain thing is a myth.

People aren’t dominant in one half over the other. If you’re creative, then you use both sides of the brain. If you’re analytical, it’s the same story. Any category of mental tasks, like language processing or perception, uses both hemispheres. They work together.

But a car’s engine and wheels work together to get you somewhere. You wouldn’t call them the same thing, though.

Though you use each half in different ways.

You often see personality changes when someone experiences brain damage. That isn’t surprising. What’s interesting, though, is that when the damage is localised to one hemisphere, it leads to reasonably predictable changes.

A healthy left brain, for example, notices detail in the environment.

A healthy right brain sees the bigger picture and how all these elements come together to create a cohesive scene.

Damage one hemisphere and perception changes. Without an intact left hemisphere, you can’t plan, speak or filter your senses. Without a functioning right hemisphere, it’s hard to focus or interpret anything even slightly ambiguous.

The left hemisphere favours precision and other times, while the right deals with generalisations and the present moment. Language and memory use both hemispheres, though in different ways.

Of course, the brain is complicated. If nothing else, then neuroplasticity can alter this balance. Still, it’s an interesting generalisation.

Hypnotic Inductions and the Left Brain

Viewed through the lens of hypnosis, we can see a pattern between the hemispheres.

When you’re in your normal state of awareness, your hemispheres are balanced. What does “balanced” mean? Honestly, it probably doesn’t mean anything. Your brain is in a constant state of flux – a storm of unpredictable activity that never truly settles.

But you could imagine that your brain has a baseline state. Your left and right hemispheres work together to process your world.

What this looks like differs from person to person, from moment to moment.

While in this state, you might be lost in thought or you might be focused. Who knows. What matters for hypnosis is that this balance is waiting to collapse.

Anything could trigger this. A sudden noise might draw your attention. A pleasant idea might send you into a daydream. You might think of a song or see a sunset that is so perfect that your mental state dramatically shifts.

Your mind will hold, but it’s hunting for an excuse to topple one way or the other.

And few things make it collapse as profoundly as hypnosis.

Instant inductions work by surprising the subject. A sudden jolt or an interrupted handshake forces them to pay attention. In that moment of confused focus, they’re open to suggestion.

Slower inductions use language to guide them into trance. Or maybe they focus on their breath or body. Some hypnotists give the subject a simple task, like counting the dots on the ceiling.

These approaches use both hemispheres, but not evenly. They tie up the left hemisphere more than the right, making it focus on the details the hypnotist chooses.

If the hypnotist says “sleep”, the subject’s left brain might refuse. But in an induction, it’s distracted. The right brain hears the suggestion and follows it.

Hypnotic Trance and the Right Brain

The role of the right hemisphere is an interesting one. It focuses on the present moment and on the big picture. This explains mystical experiences where you feel connected to everything. It’s always present tense.

It doesn’t hurt that right brain experiences are often euphoric, either.

A hypothetical alien might feel as though they’ll connect to everything in the future. Not us humans, though. We get the holistic view in the moment.

The right brain tends to be more open to new ideas. It favours emotion and intuition over logic and procedure. It loses focus on the details, thinking instead of how everything fits together.

When the right hemisphere dominates the left, you can even lose awareness of your body. Things like physical sensations and where your skin ends are details – and who needs those?

Even hallucinations arise when you ignore your senses and see what “should” be there.

This is what makes hypnosis so powerful. The left brain says no. It keeps you safe. It sacrifices the present moment for some hypothetical future. Whatever the status quo is – good or bad – it wants to preserve it.

That’s what the trance state truly is. That’s why we enter it – so that we can leave it with new ideas, attitudes and abilities.

Want to learn more about hypnosis and neuroscience? Check out my eBook to see your mind in a new light.

Hypnosis and Your Entire Brain

If you leave the trance state at this stage, you’ll have had an amazing experience. If you stick around, though, something even better might happen.

This doesn’t happen every time I enter hypnosis, but my best experiences have had moments like this.

In a trance state, with the right brain running the show, I sometimes imagine details. I might hallucinate a surreal, fantasy landscape, as if I’m intensely daydreaming. Or it could be a realistic scenario – a future where I’ve achieved my goals and everything is wonderful.

This is a common hypnotic experience.

One minute, you’re floating in a vague, comfortable bliss. In other words, you’re deep in your right brain.

Then it changes. Your left brain chimes in and starts providing details. Not random details – those that fit the trance state.

… or imagines a future that does.

The feeling is indescribable. It’s the bliss of enlightenment that people talk about. Five seconds of this is life changing.

And here’s the fun part:

Your left brain, as it tends to, looked to the past or a possible future for the right details.

But your right brain? It has no concept of any time but now. And it’s still in charge.

So it thinks this experience is happening right now.

And in that moment, you easily reset to a healthier attitude you’ve lost along the way… or you invoke a new one. Total evolution, without time or effort. And why not? Your brain thinks it’s already happened.

Hypnosis as a Hemispheric Journey

Hypnotic inductions use language and focused attention to invoke trance. It all works the same way – by overloading, distracting or winding down the judgemental left hemisphere.

Meditation does the same thing.

As does beautiful art.

You reach a point where you stop criticising and open up to something greater. That “openness”, however you got there, is often the first sign of trance.

As you move deeper into the hypnotic state, the details fade. Details about the world, your thoughts, your old negative patterns – they all diminish. You gain a sense that more things connect than you used to realise.

The right brain, in full power.

And these ideas invite details to make them real. Things crystallise into specific, glorious clarity.

The left brain, doing what it does best.

Is this why hypnosis is such a powerful workout for your brain? Shifting back and forth between the two hemispheres strengthens the connections between them. You use the strengths of one to prompt a response from the other, practicing the art of shifting between them, as you rewire the neural highways into denser, richer patterns.

If true, it gives you a template for your own hypnotic experiences. Whether self-guided or induced in another, you’ll see stronger results soon. Either dive deep into one style of thinking or switch between the two.

How you combine these processes is unique to you – a fingerprint that identifies your style, like a dance with two moves. Embrace it. Experiment with it. You might just notice your hypnotic experiences enrich in strange and unusual ways.

And if you’d like to experience that… well, the next move is to make sure you never miss an article. Each one contains content for both hemispheres.

Tips, tricks and conscious material for your left brain to mull over.

Emotional and symbolic logic for the right brain.

That’s not all, of course. Subscribers receive a range of gifts that improve your mind. Plus I throw in the occasional bonus.

Which means the sooner you sign up, the more you benefit.

So wander on over and read what’s currently on offer:

Photo by Daniel Hjalmarsson on Unsplash

← No Right Time, No Wrong Steps
Using Hypnosis to Enhance Your Senses →