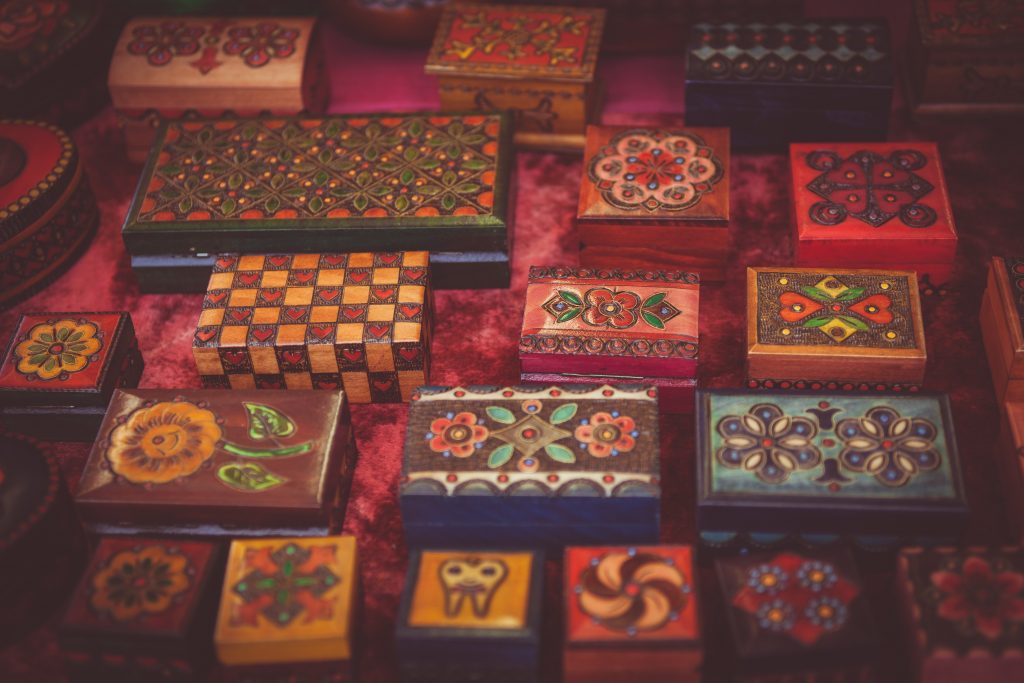 The human brain limits itself. It has every reason to, even if it’s a hassle for us. We build our own obstacles and install our own blockages. And then we limit our ability to even see these limitations. This is why other people’s problems are so easy to solve. We don’t have blindspots for the flaws of others.

In mythology, Pandora’s Box contained everything bad in the world, plus hope to endure them. I like this idea, though I don’t think it’s quite right. In fact, it’s probably backwards. But before I explain Arodnap’s Box – the opposite of Pandora’s – consider the seed of a tree.

A seed holds tremendous potential. The branches of a tree can grow in any direction, but they can’t grow in every direction. If they could, a tree would quickly become a blob of wood with some leaves poking out. Such a dysfunctional tree wouldn’t last long. You could argue that the space around the branches, where branches could have grown but didn’t, defines a tree as much as its branches do.

Your brain is like this tree. It could take on any configuration, but not every configuration. As you grow from baby to child to adult, you lose brain functionality as much as you gain it. Think of all the destructive or antisocial urges that you don’t have. Are you ever tempted to eat your own arm? It’s a possible brain configuration so, if not, it must not have developed in you.

Inside your mind, some branches develop and others don’t. This pattern defines who you are and what you can do. You might wonder, though, about what happens to those thoughts that never form.

For example, in our society, courage is a virtue. You can imagine a world where it’s not. In a brutal and effective dictatorship, maybe the best strategy is to keep your head down. As noble as the freedom fighters would be in such a country, their courage leads to a life of suffering, emotional pain and death. So a child’s mind, seeing how futile and painful courage is, might not develop the skill of bravery.

Where does it go? And can it come back as an adult?

Your unconscious mind seals away anything harmful or unnecessary. Some of those traits will lie close to the surface. If an ambitious child has too many setbacks as a teenager, the result might be an adult with barely suppressed ambition. Other things, like the urge to commit autophagy, lie buried much deeper.

But I don’t need to tell you that your mind is messy. It’s not a warehouse with distinct storage units for each concept. Things get bundled together. If the smell of roses makes you think of your grandparent’s house, that’s because they’re tightly bound in your brain. The same thing happens to everything inaccessible to your conscious mind.

And your mind is great at protecting you. If you can’t (consciously) handle something, you probably won’t (consciously) stumble upon it. Your unconscious mind buries the truly psyche-shattering ideas away from your grubby little fingers. If something like this pops into your awareness, then it probably means you’re ready to deal with it. It might not be pleasant, but you’ll come through it stronger.

Take these two ideas together. Your mind is full of unrealised potential – branches that never grew from the tree. And these branches – or boxes, to mix the metaphors – contain more good and neutral things than bad things. Hence Arodnap’s Box, which is full of happy critters and the occasional snarling beast.

How can you use this idea? Pay attention to your own mind. At the periphery of your awareness are thoughts you don’t like to think. When they loom, you turn your head away. One might be a dream you gave up on years ago. Another might be a fear you don’t want to confront.

These monsters guard Arodnap’s Boxes. Don’t fear them. They mark the way towards your greatest untapped resources.

The great geniuses, whether they’re Einstein-level scientists or fantastic parents, can access more of their minds than most people. They’re not smarter in the sense of having more brainpower. They can consciously access material that is sealed away in others. If you can’t access mental material, it’s nothing but clutter in your mind. The more you can access these, though, the more flexible and original your thinking becomes.

When people use clichés like ‘the life of your dreams is on the other side of fear’, this is what they mean. If you don’t process a thought, then your unconscious mind buries it. But when it does, it buries other things with it. People who regularly suppress their emotions wind up neurotic, partly thanks to the enormous collateral damage this does to your mental landscape.

Compare this with people who face their fears and triumph. Don’t they suddenly lead richer lives? They describe the experience as a release – a release of energy, a release of the contents of the box. It’s freeing, as if there’s less mental clutter tripping them up.

Your mind is like a mother cleaning out her teenager’s room. The mother doesn’t know what’s junk or treasure. She simply sweeps everything into a box and dumps it in the basement. If the junk scares you off, you’ll never find the precious relics.

But if you actively search for the discomfort in your mind, who knows what you’ll find behind it?

With the right attitude, hypnosis can unlock incredible new branches in your mind. This isn’t because hypnotists are geniuses – it’s because your own mind is. The process guides you through the clutter right to what you’re looking for.

So why wouldn’t you give it a shot?

Photo by Clem Onojeghuo on Unsplash