If your mind is a park, what are your wolves? 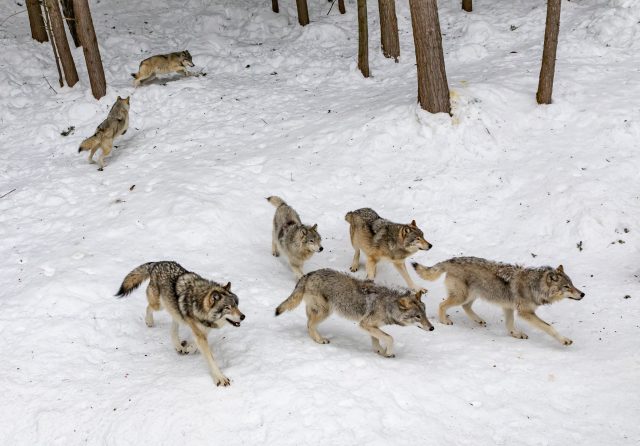 I read recently about a national park in the US that was struggling. The ecosystem had essentially collapsed. Humans had inadvertently pressured the delicate balance to the point of no return.

So the park rangers reintroduced a small pack of wolves to the park.

This simple act caused a chain reaction that restored the entire ecosystem.

The wolves reduced the numbers of feral deer, and forced them to stay out from the open. This allowed sapling to mature into trees, rather than get eaten.

The wolves also drove off coyotes, which allowed small rodents to return in greater numbers.

Within a few years, the park’s ecosystem was back to normal. Everyone was better off – well, except maybe the deer, but they were back in their natural role in the order of things.

All it took was one simple change – reintroducing wolves – and time.

If humans tried to meddle with the park to ‘fix’ it, we would have wrecked it further. Instead, we trusted the natural processes to recreate the perfect equilibrium.

Your mind is the same way. Trying to ‘fix all your issues’ is too daunting and probably not possible.

But adding one thing? You can focus on that.

And if you pick the right thing, everything else will fall into place.

What are your wolves?

But I have an option:

Serenity – that strange state somewhere between completely relaxed and hyperfocused.

It’s a calm state that can last forever. It won’t burn out like an adrenaline high and it won’t crash you like misery.

And if you had more of it, what area of your life would improve?

Probably all of them. Everything from business to relationships to sports to chilling out on the weekend could use a little serenity to help it along.

By a lucky coincidence, serenity is this month’s theme. That means you can download hypnotic guided meditations that create this pleasant state of mind. It won’t even cost you anything.

And if you decide to donate a bit of money…

(And enough others do the same…)

Everyone will unlock the full journey. Trust me – this is a good one.

You can get started in the meantime:

Photo by
Eva Blue on Unsplash

← Everyone will hate this stupid list of my favourite nootropics
The Irish Potato Famine was tragedy, not stupidity →