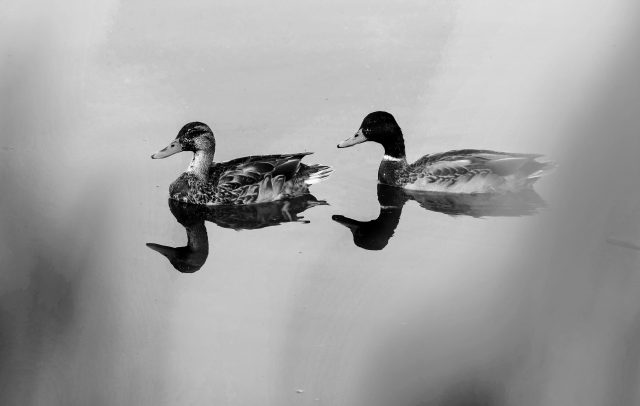 This is not the first time I’ve written about ducks (or even the second). So when I heard about the Peabody Memphis Ducks, my mind instantly clicked.

Back in the 1930s, some hunters decided to place a few ducks in the fountain outside The Peabody in Memphis. This somehow started an adorable tradition.

In 1940, that tradition got an upgrade when a circus animal trainer trained a group of ducks to march to the fountain.

The tradition continues to this day.

I may like ducks but I’m an enthusiast. It’s not like I have a degree in duckology or anything. But I know enough to suspect the original ducks from the ‘40s aren’t the same ones making the march today.

Generations have passed since then, yet the tradition continues.

It’s not a duck’s place to question its traditions. Unfortunately, they aren’t smart enough to introspect about why they do anything. If they did, they would know to fly over roads instead of walk on them.

We humans are pretty good at introspection though.

There’s a saying about traditions and how they’re solutions to problems we’ve forgotten. It’s making fun of traditions, but maybe it shouldn’t be. Maybe the problem will return if we abandon the tradition. Or maybe we’ve solved the problem and the tradition is pointless.

How can you tell the difference?

Normal sort of thinking won’t help. Your conscious mind says the same thing about every tradition:

This is how we’ve ‘always done it’.

That’s not so helpful in trying to separate useful (or at least adorable) traditions from those holding us back.

No, you need to go much deeper in your thinking to even have a shot at figuring that one out.

The sort of thinking that comes with a deep hypnotic trance.

The sort of thinking I teach in Unlock the Vault.

If you even suspect you’re bound by traditions that don’t make sense, you owe it to yourself to be sure. Don’t think like a duck – think like a human.

You can begin today by downloading this right now:

Photo by
JAY JAYASURIYA on Unsplash

← How many books can a bookworm learn if a bookworm could learn books?
The alternative medicine that works →