My pet theory on why Twitter is so mental 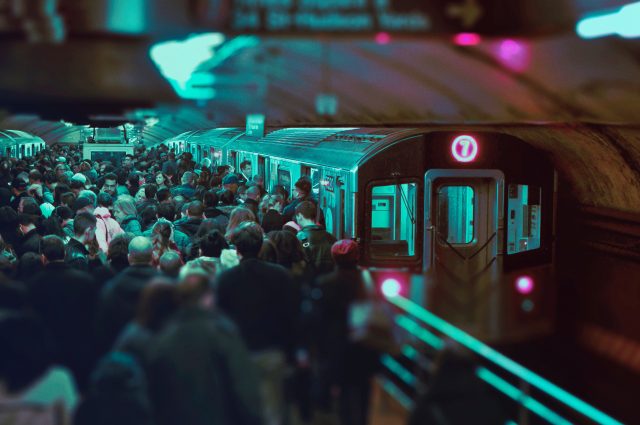 In crowded cities, people restrict their body movements. They keep their arms to their sides and their heads down. There’s not a lot of room to do anything else – if you strut with arms akimbo, you’re going to get knocked around.

There’s a theory which says this is one of the key differences between city folk and country folk. Country folk can physically occupy their personal space, whereas city folk have to live with encroachments all the time.

And having strangers in your personal space puts you on edge.

Plus there’s the whole thing about power posing. If you’re on a cramped bus, you’re probably doing the opposite. Keep it up over years and you get the problems you see in cities.

I wonder how much of the picture this is.

I also wonder how a sense of space and territory applies to social media.

If you think about Facebook, you have your “wall” (a physical, territorial description). People close to you and people close to them can see it. That’s a lot of people, like a large auditorium where everyone can hear your conversations.

There’s some sense of space, isolation and protection from others. I say “some” because it’s not much. But it’s there.

Twitter, on the other hand, has none. It’s like a packed city square. Strangers, any of whom can get in your space at any time, surround you. Everything you say floats out into the ether. There are no obstacles between you and them.

Anyone can encroach your personal space at any time.

(I’m ignoring private tweets because so does everyone else.)

How do other platforms come into this?

YouTube is like a masquerade ball in a mansion with a billion rooms. No one knows who you are and only people in the same room (that is, watching the same video) can hear what you say. There are boundaries, which offers some relief, and there’s anonymity, which adds weirdness, hostility and tension.

Forums tend to be relatively constructive, where each thread is like a small, quiet room, away from the frenzy of public interference.

But it shows how good your mind can be at mapping concepts across different contexts. If you’re in a crowd, you automatically shrink into yourself. Which automatically changes your thoughts in the moment.

That’s something that’s hard to change.

So many other unconscious, automatic processes are easy to change, though.

To begin to change this for the better, start by listening to these free audios:

Photo by Victor Rodriguez on Unsplash