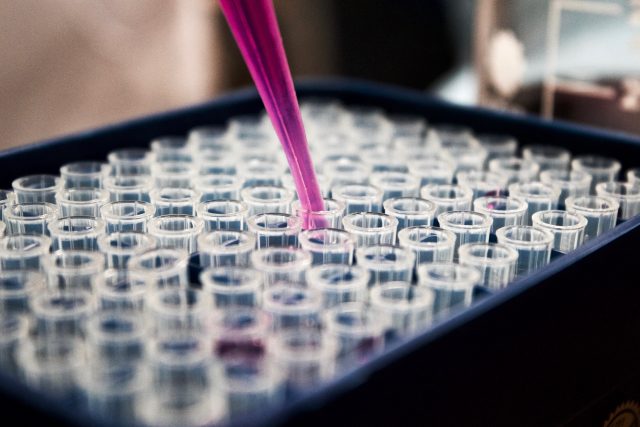 It might not feel like it, but the cause of science has come a long way. If you feel disheartened by all the creationists, climate deniers and snake oil salesfolk out there, then remember this:

Galileo declared that Earth might not be the centre of the universe. The pope didn’t like that, so Galileo had to ‘teach the controversy’ by writing something that explored both sides. The pope approved what he wrote, then (after publication) changed his mind and decided it was heresy.

Compare that to now, where science has so much credibility, even shampoo labels try to jam as much sciency-looking words onto the label as they can.

Science is out of the enclaves and ivory towers. It’s mainstream now.

But that has led to a widespread failure in proper scientific thinking – one people don’t talk about as much. Yeah, a general lack of education is a problem… but educated people often fall into a cognitive trap too.

This probably has a name already. I don’t know it, so I’ll call it brand-based thinking.

Someone comes to you with a special crystal. They claim that if you put this crystal in your hand while meditating, it cures a range of health problems. Colds/flus, pains, emotional imbalances, whatever.

Some people would believe that. This isn’t about them. Most people who would be sceptical are sceptical for the wrong reason. They’d think (or say) something like:

“Crystal healing has been debunked already. You’re nothing but a fraud or someone so delusional I’m amazed you can tie your shoelaces.”

This is thinking in science’s brand. The reason it’s a trap is these people are probably right. Meditating while holding a crystal is unlikely to cure anything, except for through placebo.

But they get to the correct answer by the wrong thinking.

If you’re not seeing the problem with this yet, consider:

The usual claims made by crystal healing don’t hold up in the lab. When you test crystal healing versus a placebo, there’s no different (and sometimes the placebo is stronger). That puts the general idea of it outside of science.

But what if, tomorrow, science found a crystal that did work as claimed?

Even after dozens of replicated and peer-reviewed studies, this crystal does in need heal your body and mind?

Would you believe it then?

Most of you are thinking ‘of course – I follow the evidence’. But only some of you are being honest. Because if someone comes to you with a crystal that really does work this time, promise, then proper scientific thinking leads you to one of two responses:

“Wow, that’s a big claim. Let’s test it in double-blind… no, triple-blind studies just to be sure. If it works, we’ll learn a lot about how the universe works!”

“My priors tell me this claim is unlikely to be true. I’m busy investigating more fruitful lines of research. But here, let me put you in contact with a colleague who likes studying these low-probability-high-impact things. I’m interested to see what they find.”

Thinking in science’s brand is a shortcut. It’ll help keep you out of cults or buying inert ‘medicine’, because these things don’t feel like science.

But it won’t get you closer to the truth.

Why am I talking about this?

Because here’s a nice test for some of you. You might already know the answer. If not, this will help clarify whether you think in science’s brand or in scientific ways.

Is hypnosis real and effective?

If you think “no, of course not, that’s just a bunch of voodoo”, keep reading. It’s true that hypnosis doesn’t mesh well with science’s brand. It uses the power of the mind, belief, words, imagination and mind-body connections.

This is true of every bogus form of healing. “You just have to have faith! Belieeeeeve!”

But here’s the difference between scientific thinking and science-brand thinking:

That’s what you know when you actually follow the evidence, rather than guess based on superficialities.

If you don’t know that hypnosis is real and effective, you’re decades behind the time.

Not just a couple of them – the US military published papers on the battlefield applications of medical hypnosis in the 1950s.

And if you still doubt because ‘it can’t possibly work like that’, you’re still stuck in science-brand thinking.

Here’s your chance to escape that and try some proper scientific investigation. It’s a simple experiment and you can begin now.

Go to the link below.

Listen to them with an open mind.

Notice how much you’re growing.

That’s nice and easy, right? So here’s the link to get started:

Photo by
Louis Reed on Unsplash

← Rebalance humans by elevating the internal
Do you know the answers and fail anyway? →