The T-Rex School of Hypnosis 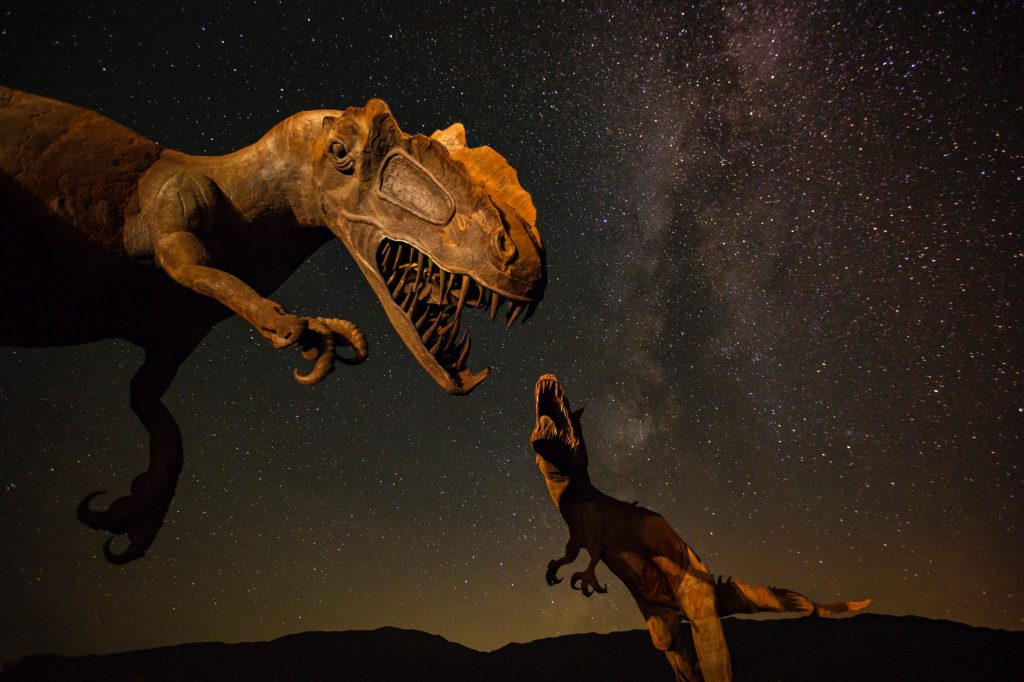 The Tyrannosaurus Rex was an intimidating creature. Was? I should say ‘is’. Get up close to a skeleton of one and you can feel its power in your waters. A tiny voice warns you that, even in death, this thing is terrifying. And in that fear is an important lesson about marketing yourself as a hypnotist.

People often say the T-Rex is history’s deadliest predator. This is wrong for a couple of reasons. First, it wasn’t the deadliest dinosaur. There were bigger, meaner, scarier animals running around. The T-Rex is famous, or perhaps infamous, but fame doesn’t equate to ability.

The second reason why it isn’t the greatest predator ever? I doubt it was a predator at all.

With apologies to Spielberg and Crichton, computational biomechanics suggests that ol’ Rexxie couldn’t run. Its size and weight made it awkward.

And how many jokes are made about their tiny arms? You can’t beat a triceratops with just your jaws.

If not a predator, my guess is that they were scavengers. Predators need to be able to move. Scavengers just need to hold their ground and scare off other scavengers. If you saw that much muscle waddling towards you, you’d choose escaping over lunch.

All the meat with none of the risks of fighting.

Does this shatter your childhood? Does it upset you if I demote the mighty killing machine to a common thief?

If so, I’d better start making up for it. Here’s how this applies in marketing your hypnotic services.

Because even if I knew that no Tyrannosaurus Rex ever hunted…

Even if I could verify that they were cowardly flesh-stealers…

That wouldn’t change how I’d react to staring one down.

There are two things going in any T-Rex’s favour: truth and reputation. The truth is that an adult is about three metres tall, 12 metres long and ten tons. It’s also true that it has a huge, powerful jaw loaded with teeth. And so, thanks to Hollywood magic, it has a reputation for chasing down jeeps and ripping them to shreds.

Like dinosaurs, hypnotists have truths and reputations. The truth is that hypnosis works for a huge range of issues. It’s true that hypnosis is faster and more effective than most forms of therapy. And, I assume, it’s true that you’re a great hypnotist.

You can (and should) base it in fact. Don’t lie and I don’t recommend exaggerating. But think about it: ask someone to name a deadly prehistoric creature and many will name the T-Rex. That’s what you want – when someone thinks of people who solve problems, they think of you.

This strategy helps establish you as a strong brand. That’s exactly what you should be if you want to thrive. But what does it take to transform your idea for a brand into reality?

Well, that’s where I come in. Your brand is your business, so it makes sense to talk to an expert. Let’s start a conversation that will transform how you reach your clients and motivate them to change. You can find all my contact details at:

Photo by Stephen Leonardi on Unsplash

← Let’s talk about trance, baby
Disengage and Go Inside →