The West’s Secret Answer to Meditation 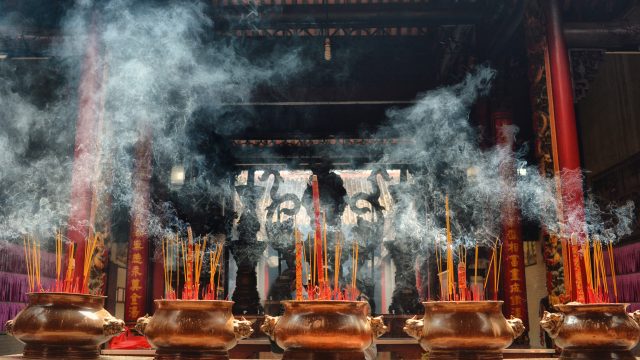 Over the last couple of centuries, the Western civilisation and Asia have been threading closer cultural ties. It’s been up and down, of course – what relationship hasn’t? But the two vastly different cultures were too intrigued by each other to ignore the other.

Plus, people (on both sides) recognised the chance to make money and cultivate power.

That always helps move things along.

From a blunt, crude and all-too-simple view, the relationship went as thus:

The West brought science and material goods to the East.

The East brought culture, spirituality and unique art to the West.

And everyone walked away with the ability to mass produce sushi.

It worked both ways.

But here’s something that didn’t spread both ways.

The spiritual practices of Asia – such as meditation – spread to Europe and its former colonies. The religions didn’t, any more than you’d expect from normal mingling.

Meditation is just too awesome to deny.

And, sure, some Christianity found its way to Asia.

What am I talking about?

See, Western culture had created its own answer to meditation. It involved closing your eyes and entering a different mental state. From there, you could do all sorts of things.

You can relax so deeply it is like resetting your body and mind.

You can go on strange, vivid vision quests.

In this state of mind, you could resolve old emotions, free yourself from your mental wounds, heal the body and solve difficult problems.

Some of the early practitioners learned meditation. Even so, this practice was unique.

It didn’t spread to Asia the way meditation spread to the West, probably because the timing was wrong. It was still finding its feet in Europe, so didn’t have the critical mass to spread.

In this way, it was a secret. Back then, people were more familiar with the exotic Asian practices than their own.

Most Westerners “get” meditation, whether they practice it or not.

Few understand what hypnosis really is.

Which means if you learn it, you gain a unique ability most people will never learn. Whether you’re spiritual or not, whether you meditate or not, hypnosis can do amazing things for you.

And it’s darn simple to learn.

At least, it is when you have a guide like this:

Photo by
frank mckenna on Unsplash