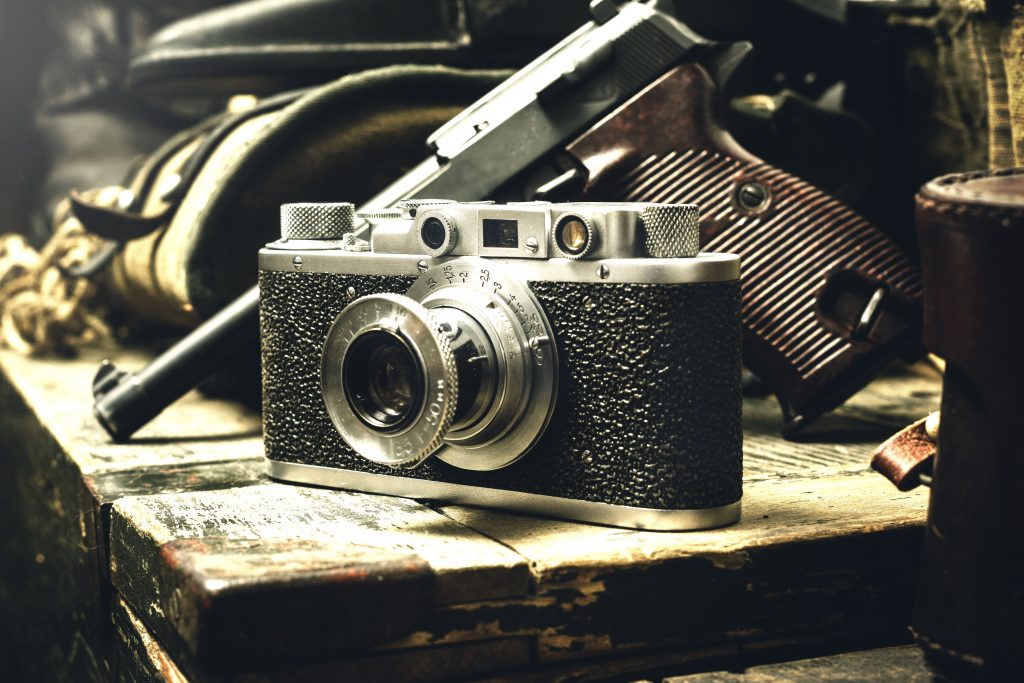 His name is synonymous with evil, fascism and cruelty. One of history’s worst tyrants and shavers rose from a humble background. One moment he’s dodging bullets in the trenches, the next he’s leading a mighty nation down a dark path.

Hitler’s crazed ambitions drove him to seize a country, burn a continent and aim for the world. While global conquest was thankfully out of reach, he managed the other two. All he had to do was appeal to the pride of a proud (and beaten) people.

Few of us accomplish that much good or evil in our lives. It’s impressive in a twisted, regrettable way.

And apparently it’s all hypnosis’ fault.

There’s a theory (part regular kind, part conspiracy kind) that says Hitler was blinded in battle. He saw a hypnotist who realised young Adolph’s delusions of grandeur, and so used those delusions to restore his sight.

It’s not as crazy as it sounds. The stress of battle manifests as physical symptoms all the time. Not all blindness is from damage to the eyes.

As for using someone’s ego to trigger healing, that’s an old hypnotic trick. You use whatever the client brings. If Hitler believed he had some mighty destiny… well, seeing once more is much easier than saving Germany, right?

As the story goes, the suggestion stuck and never wore off. His amplified delusions lead him to… well, you know how it ends.

Is it true, though? Did hypnosis turn Hitler from a bitter, injured sod into a fanatic bent on world domination?

Meh, maybe. Even if he was hypnotised, you can’t say that’s what unleashed his dark side.

But I have to admit it’s possible. Hypnosis is powerful.

Let’s not blame the tool, though. What Germany needed then was more hypnosis – more ambitious folk bent on ruling the country. All that drive with none of the crazy? Hitler wouldn’t have stood a chance.

And if hypnosis can take a broken, angry failure of an artist and turn him into das Fuhrer…

Imagine what it can do for you.

And with your moral compass, don’t you owe it to the world to use its power? If you leave hypnosis to the genocidal, you’ll see a lot more genocide. If you and everyone good use it to enhance your lives, the world becomes a better place.

But how can you partake of this human potential amplifier?

Well, the simplest and quickest way is to become an Awakened Thought member. Then you can read hypnosis and hear hypnosis minutes from now, wherever you are.

It doesn’t get better than that.

So prevent the rise of evil by falling deep into trance now:

Photo by Alexander Andrews on Unsplash